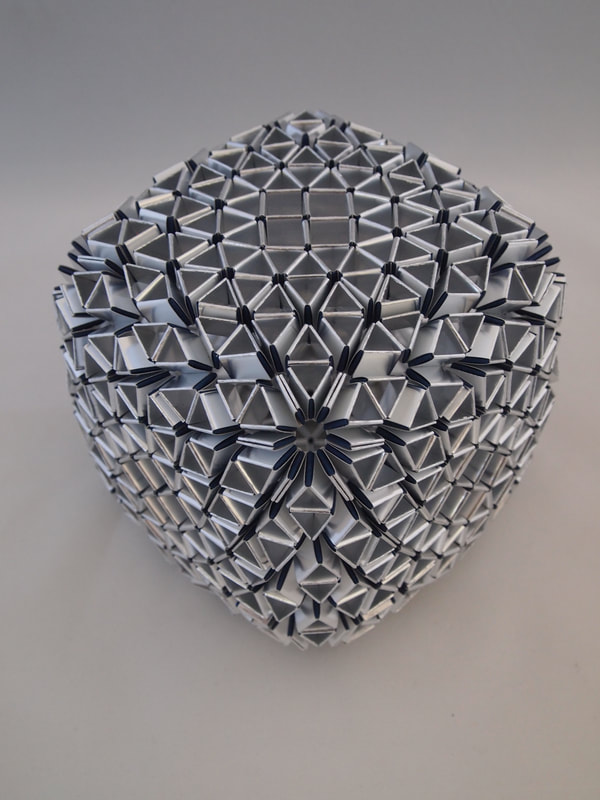 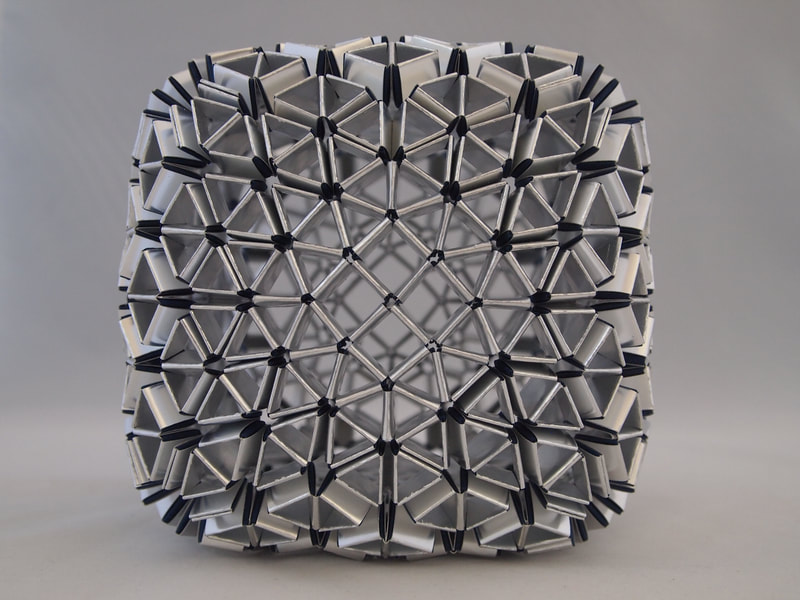 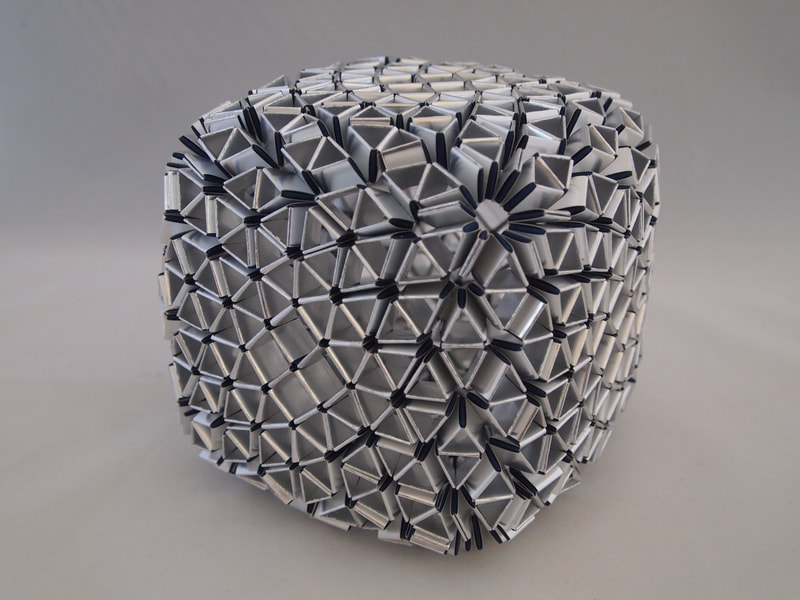 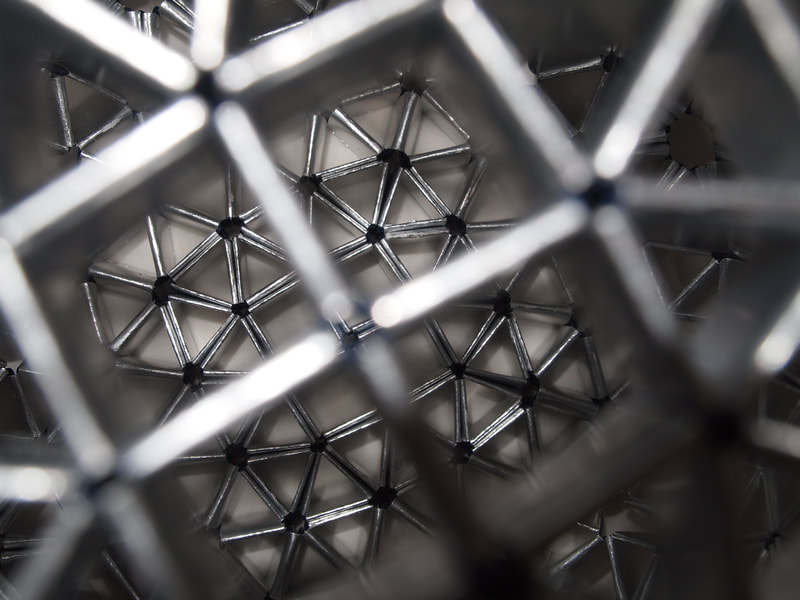 A Study in Duals

This piece requires a bit of explanation.  I was playing around with the concept of dual solids, in this case, a cube and an octahedron.  The pictures don't quite show the full complexity of the piece.
(black and red) - In the center is a cube, similar to the one in the section above.  That cube has eight cylinders extending from each corner.  Those cylinders extend and then blossom outward to form the triangular faces of the octahedron.
(grey and white) - Within the first cube is a nested, smaller cube also with columns extending out from the corners.  As those columns reach the outside, they split into three and form the framework you see on the outside.  That framework was originally supposed to form a wire frame cube, but I had to make modifications due to the strength and weight of the overall piece. 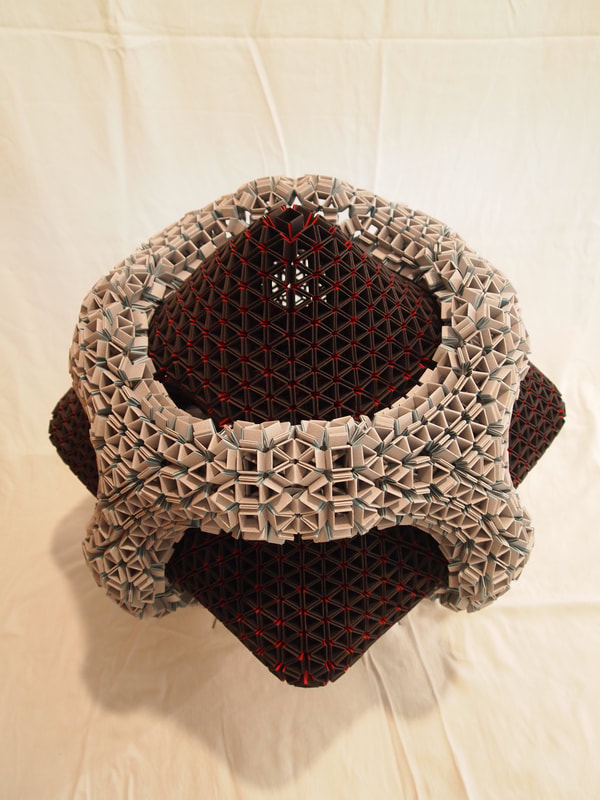 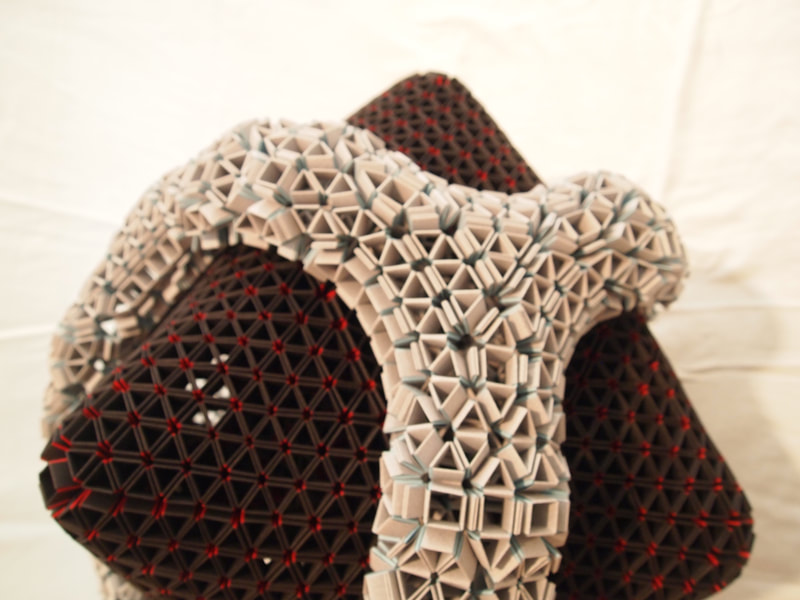 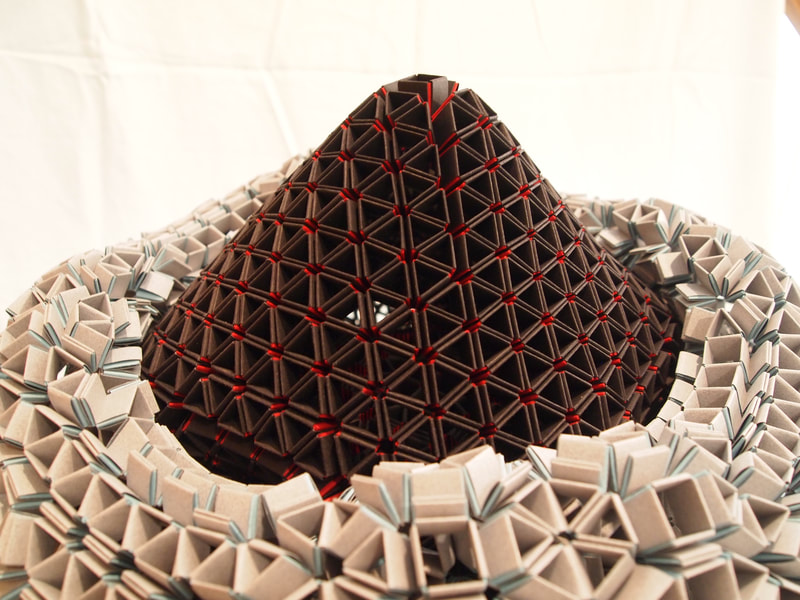 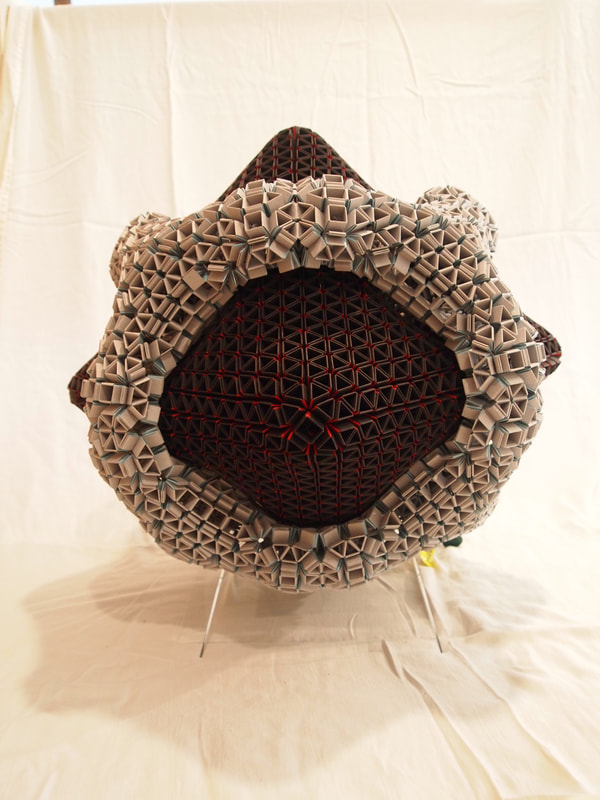 Variations on an Icosahedron 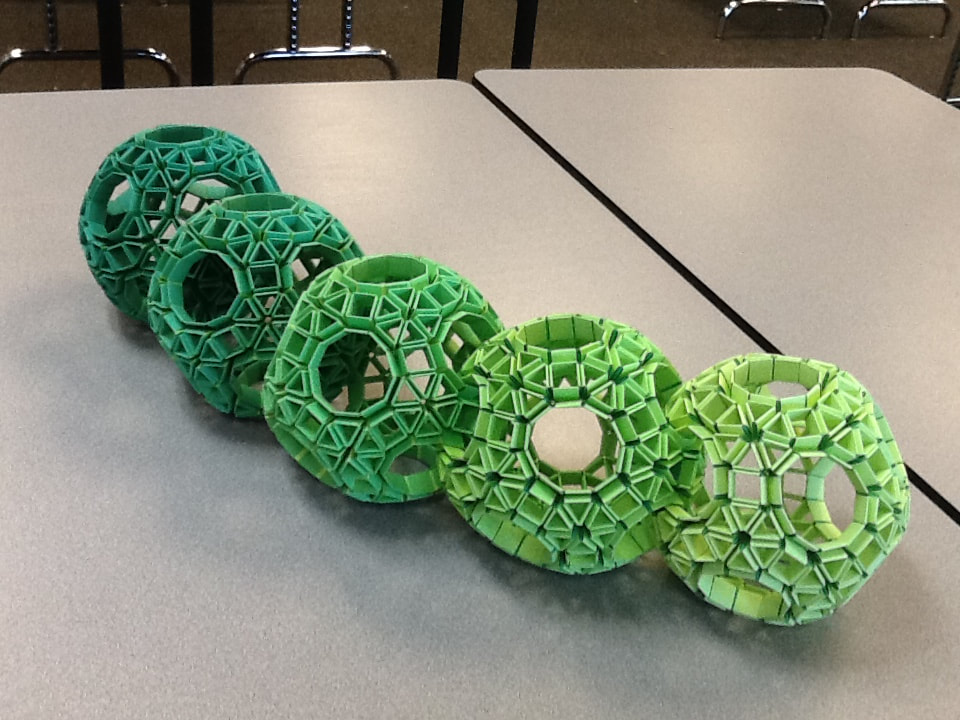 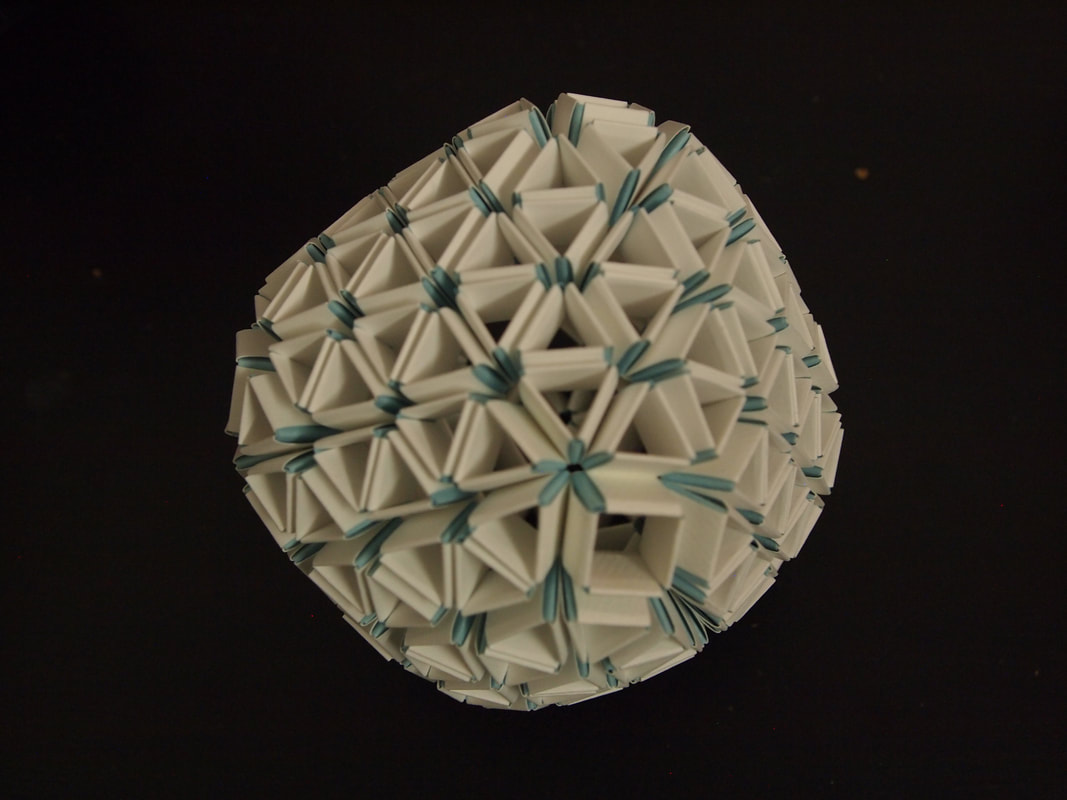 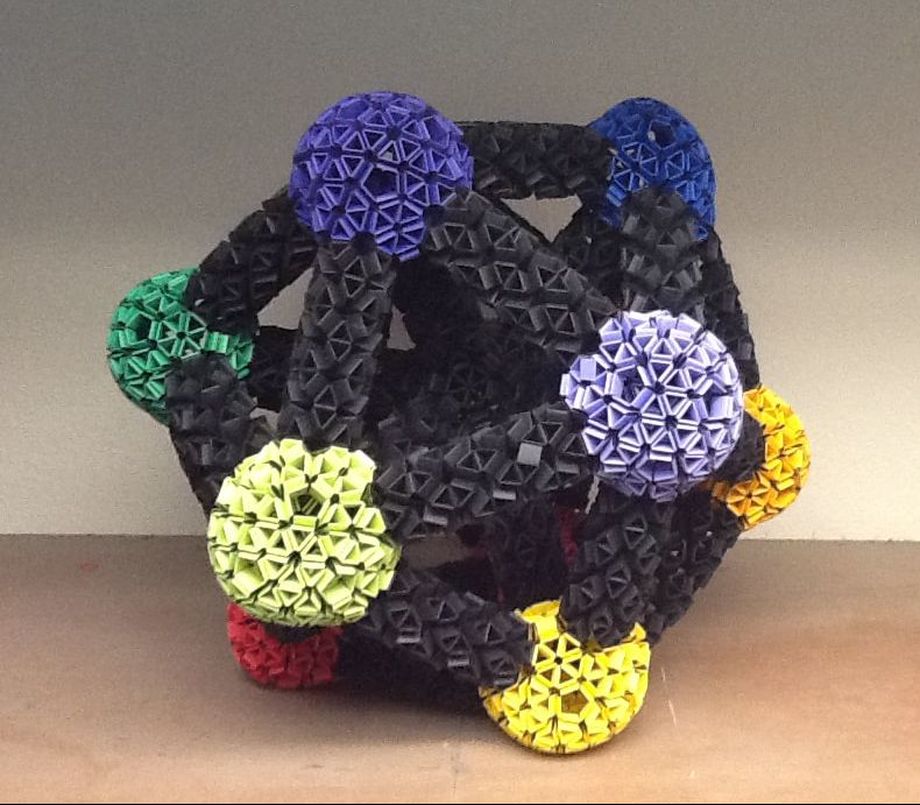